BCMGlobal is a worldwide operating loan servicer with offices around the globe. They have over 120.000 loans under management and a total value of 80 billion euros in assets under management. Within 2 years, they were able to conquer the majority of the buy-to-let market in the Netherlands.

During this project, my role was to be the bridge between the management team and our development team. I organized weekly design sessions with members of the management team, business analysts and UX researchers to translate ideas from sketches, storyboards, process flows, and site maps into high fidelity clickable prototypes in either Adobe XD or Figma. I also wrote epics and user stories and managed a multidisciplinary nearshore team of iOS, Android, front-end and backend developers.

During this project, we faced many challenges, but we have always had clear principles in mind. We wanted:

The final product is a client portal which can be fully white labeled for multiple money providers and managed from the core system. The client portal is currently in production and new features are added every sprint. 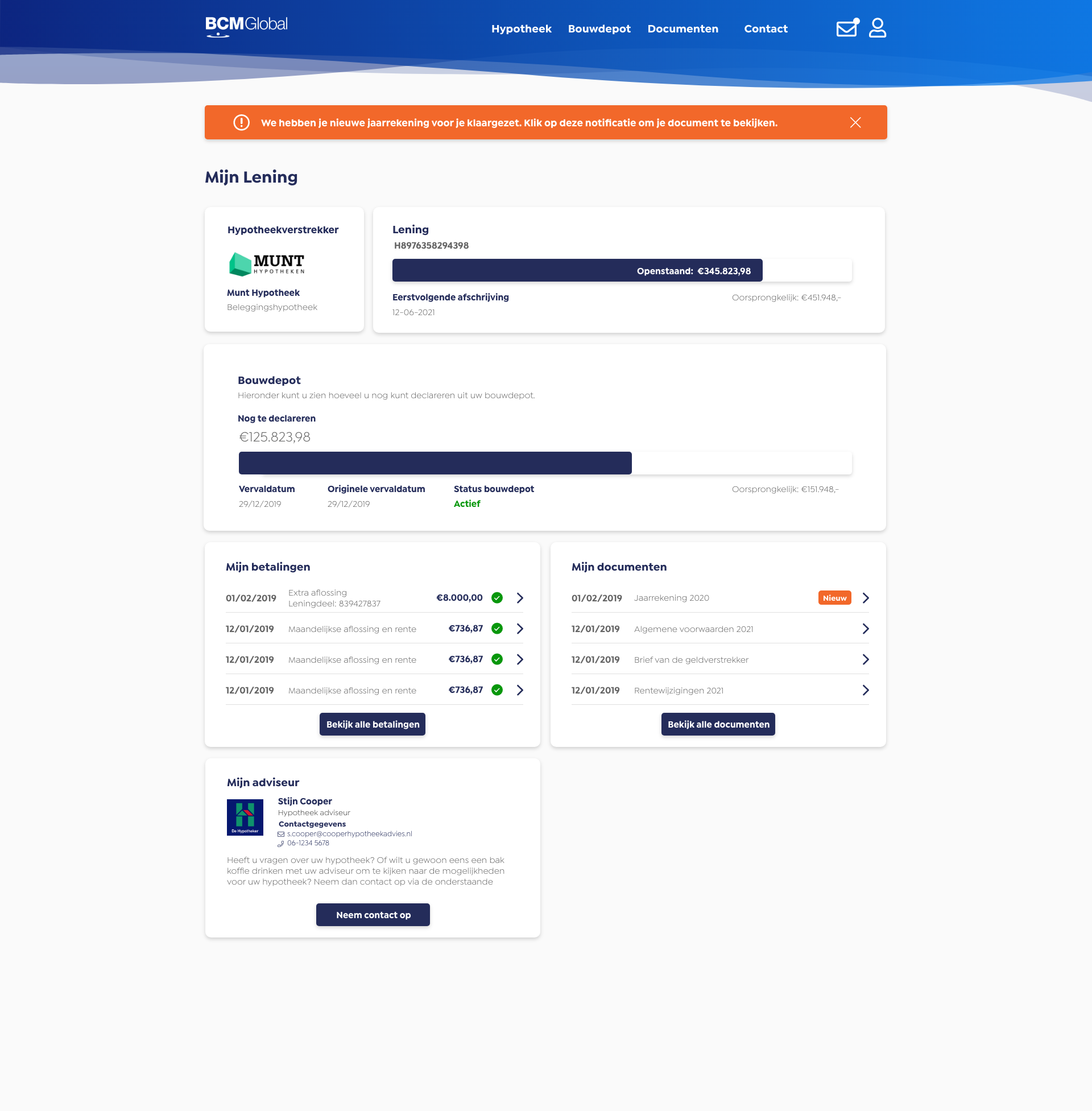 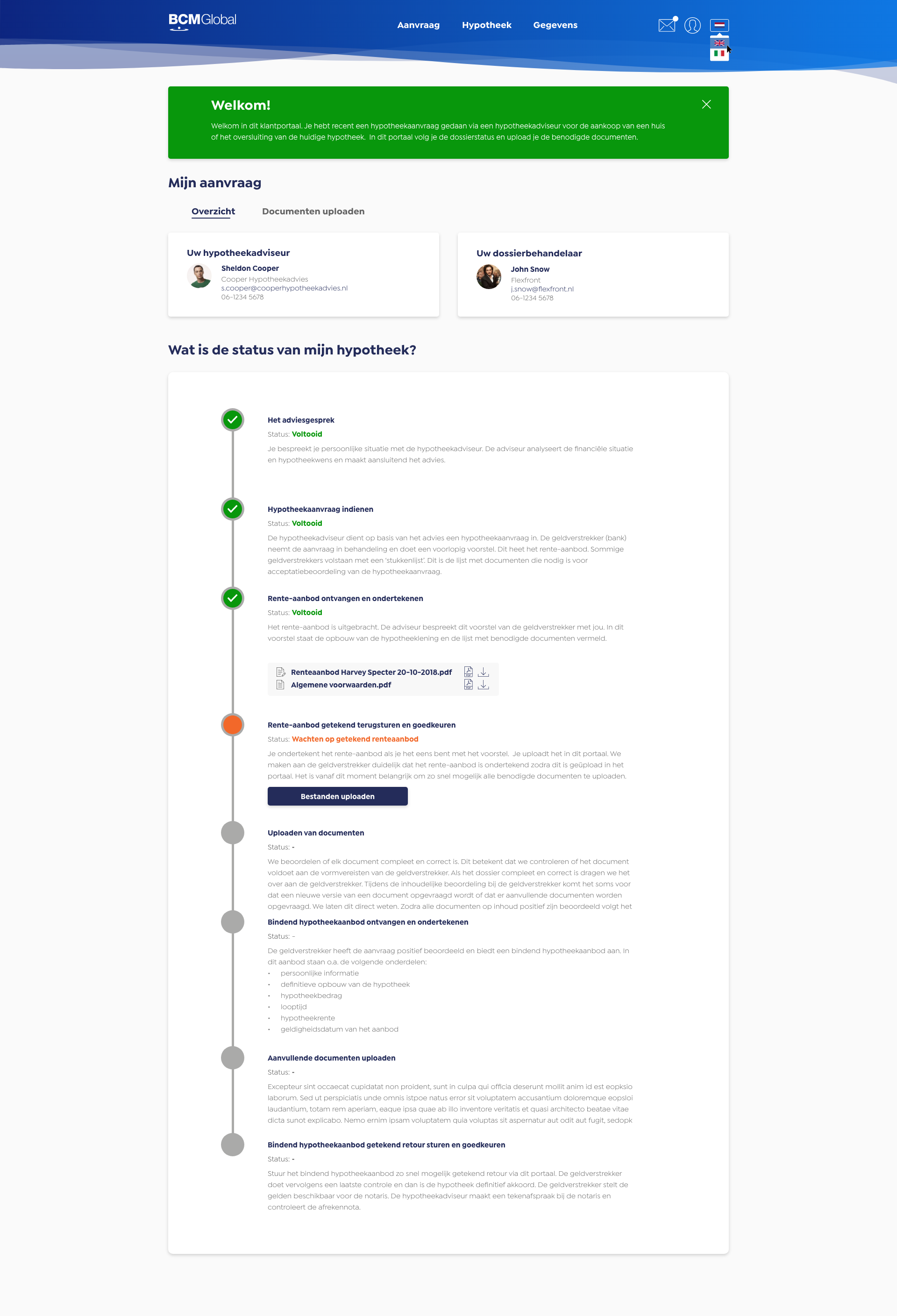 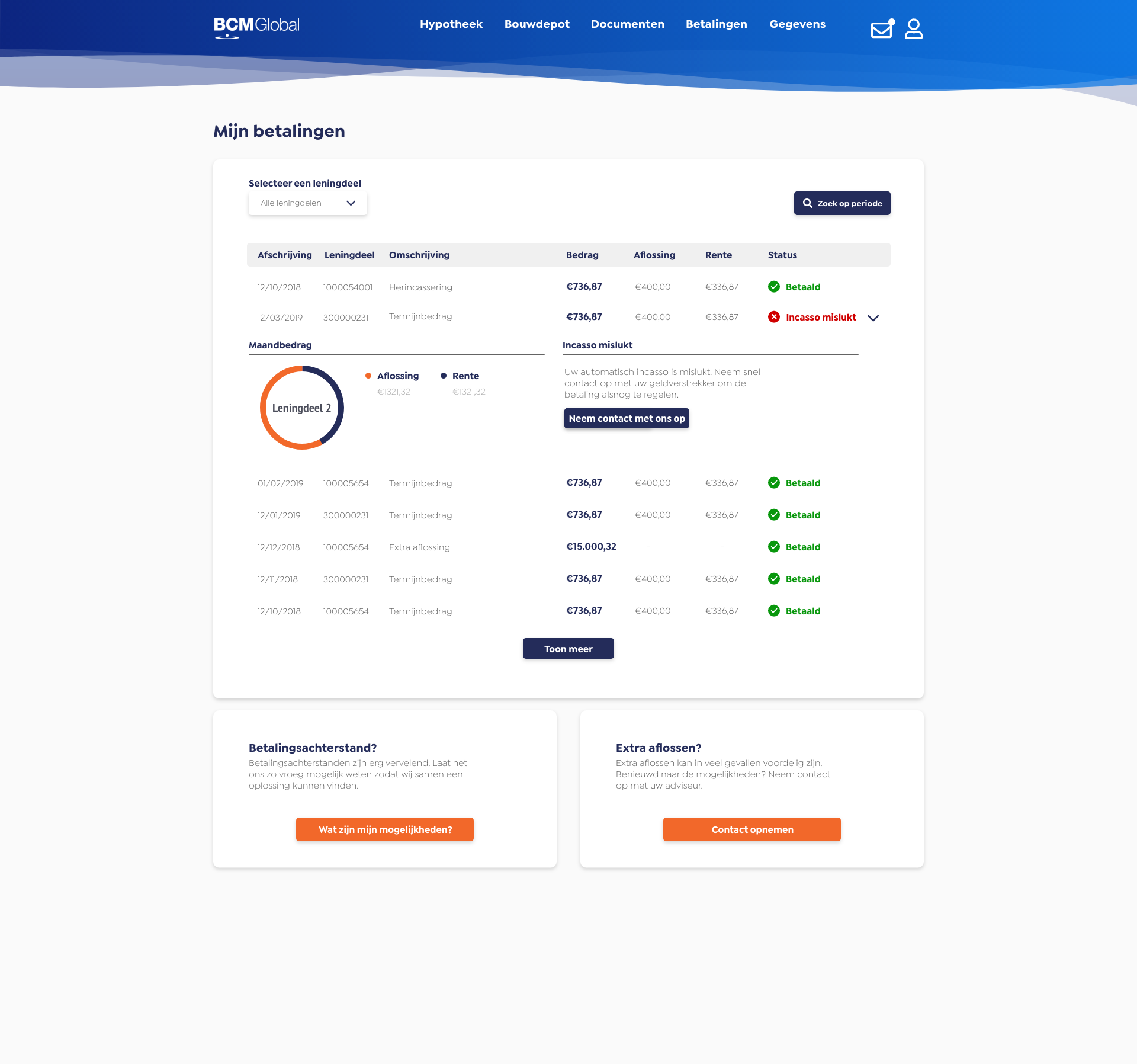 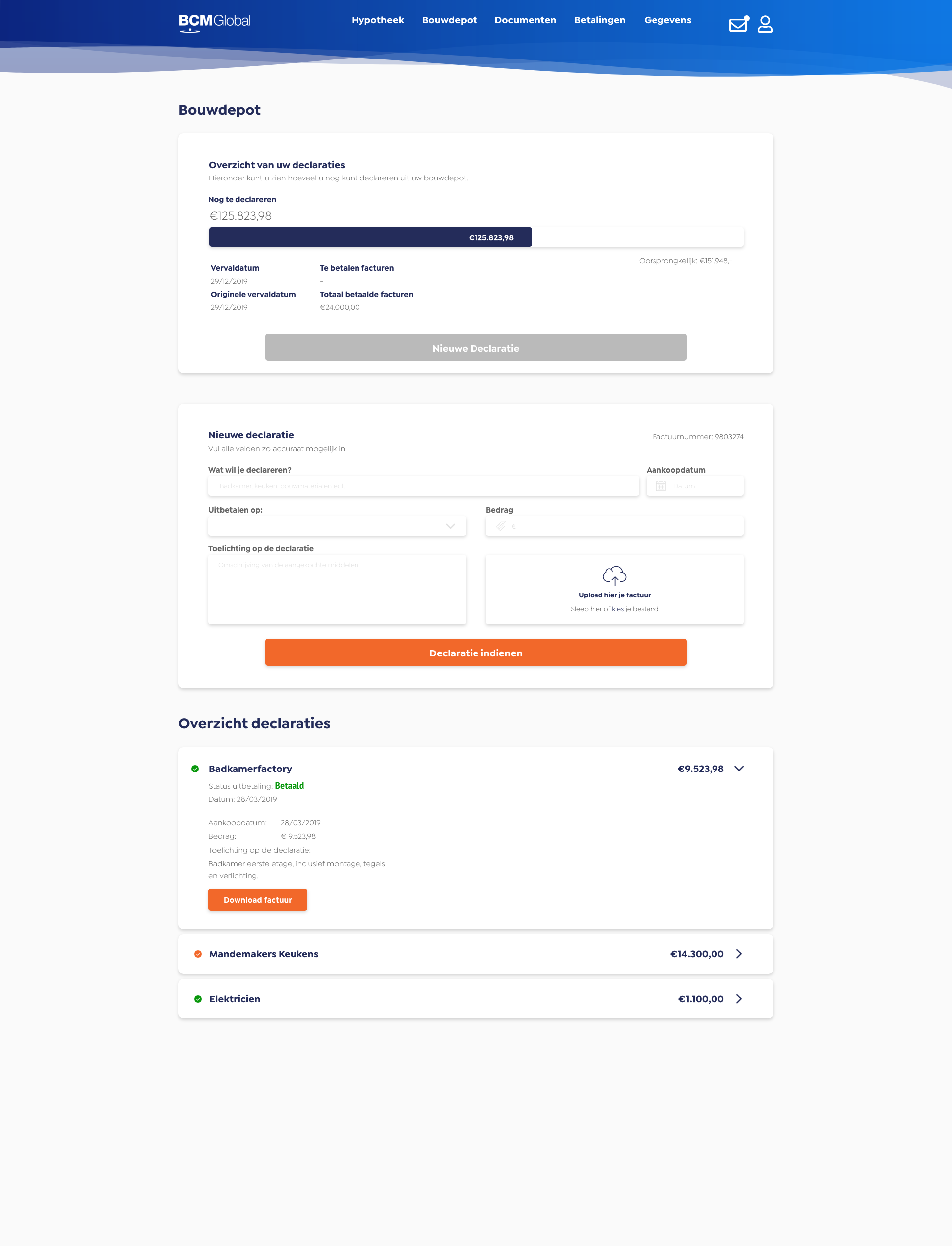