BCMGlobal is a worldwide operating loan servicer with offices around the globe. They have over 120.000 loans under management and a total value of 80 billion euro in assets under management. Within 2 years, they were able to conquer the majority of the buy-to-let market in the Netherlands.

During this project my role was to be the bridge between the management team and our development team. I organized weekly design sessions with members of the management team, business analysts and UX researchers to translate ideas from sketches, storyboards, process flows and site maps into high fidelity clickable prototypes in either Adobe XD or Figma. I also wrote epics and user stories and managed a multidisciplinary near shore team of iOS, Android, front-end and backend developers.

To create a system where money providers, employees and mortgage advisors can handle a dossier from new application until the loan is under management. Users want to be able to see dossiers, gather documents, approve or deny documents and much more. Another big challenge is how we can create streamlined communication between clients, advisors, money providers and mortgage acceptors.

We start with a challenge defined by the business. For example: “As a user I want to be able to create a new mortgage application.”

In the design session we will ideate how we can solve this challenge. Based on the discussion I will make a wireframe of the discussed functionality. BCM Global will take our questions back to the users of the platform. During the week the wireframes will be shared with the users.

In the refinement session, all questions should be answered, and we can improve on the wireframes and talk about the technical implementation.

If the wireframes are final, then they are converted into a high-fidelity clickable prototype.

The prototype will be shared with the business analysts and a group of users who will test the prototype.

If there is a final go on the prototype, then we can start implementation. We will do a session with the development team which can start working on the feature in the next sprint.

In the section below you can find various features for which I created the UI and UX design. 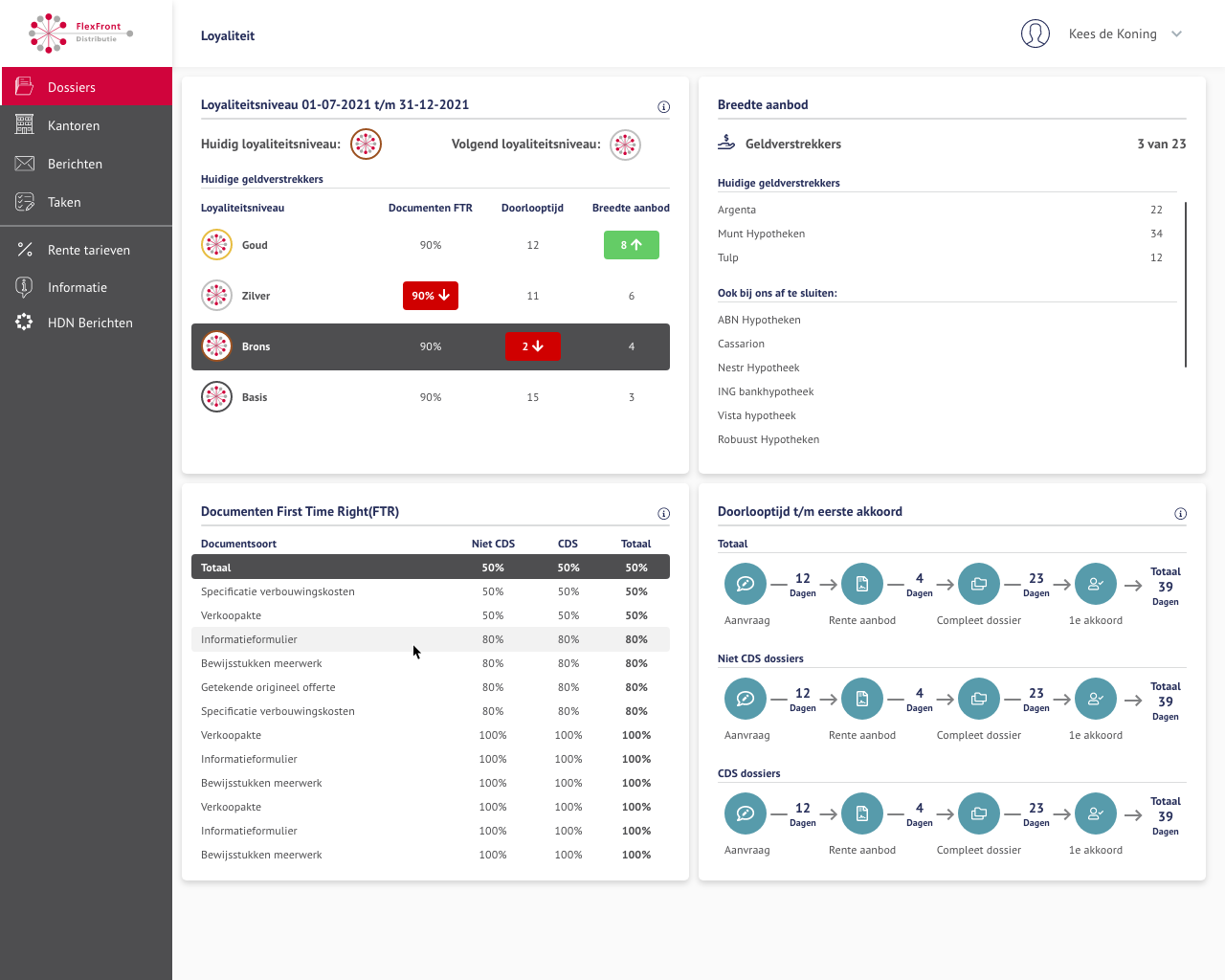